The cookie settings on this website are adjusted to allow all cookies so that you have the very best experience. If you continue without changing your cookie settings, we'll assume that you are happy to receive all cookies on our website. However, if you would like to, you can change your settings at any time using the Change cookie settings link in the Special menu.
WE SHIP WORLDWIDE! ****** FREE SHIPPING IN EUROPE!
New special offers are available!
more offers 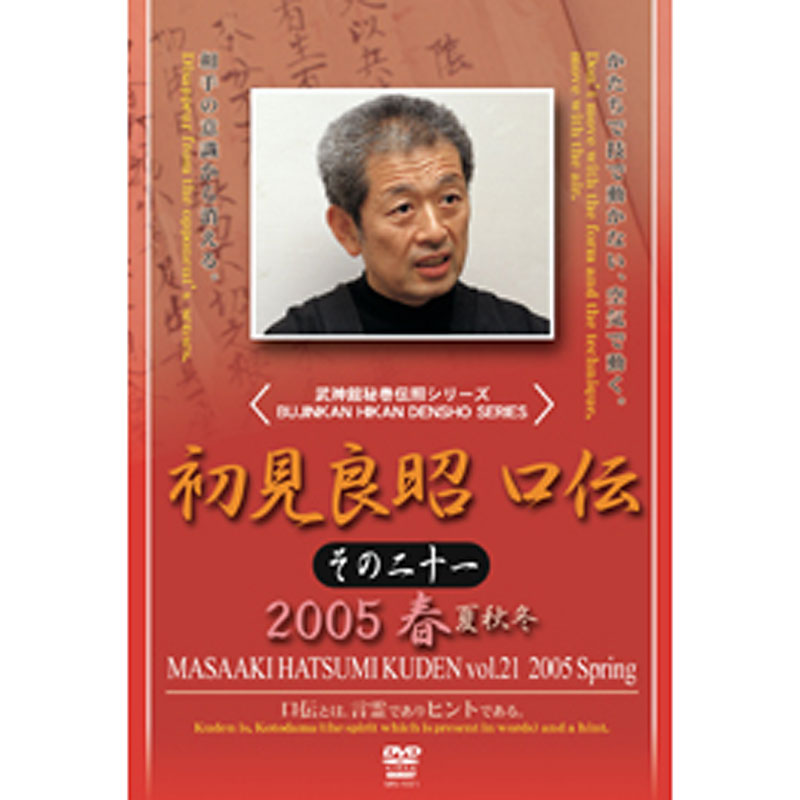 You can now be there in Japan with Soke as he passes on his teachings but even better yet you can pause him and have instant replay in the comfort of your own dojo or living room!

Soke allowed filming of his teaching in his Japan classes for 2005. Now you can share the direct undiluted Japan teaching with your friends or your dojo students. The 2005 theme was "Gyokko-ryu " Taijutsu, Weapons - including Happo Biken, Bo (6ft staff) and Ken (sword).

'Kuden' means direct transmission - this training was filmed live at his Hombu dojo and his Ayase Tokyo Budokan classes. Now you can train as if you came to every class of Soke Hatsumi in Japan.

It is an unforgettable experience for those fortunate enough to be able to travel to Japan to train with him in his dojo - AND NOW he offers these same teachings directly to you.

ALL these classes for $39.95 the price for ONE class in Japan!
Get it now.